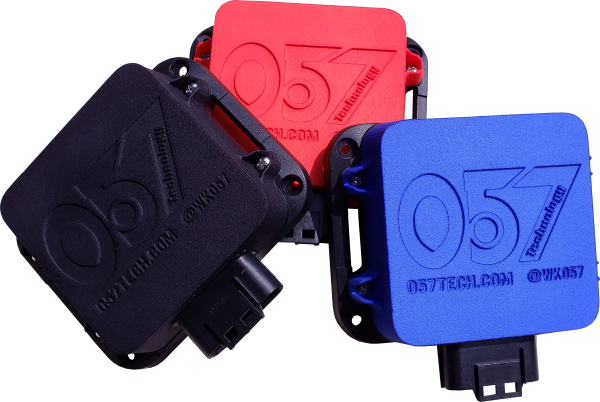 057 Technology's control system has been designed and built from the ground up using high quality automotive grade components. It is not based on hobbyist hardware (for example, the Ardunio Uno and its many knockoffs, Raspberry Pi, and other such hobbyist development hardware are not automotive grade hardware) that is in no way suitable for use in a safety critical system in an automotive environment. When performance is critical, you need a well validated design that is right for the job. No corners are cut when it comes to hardware from 057 Technology.

Every Drive Unit controller is fully tested in-house to ensure it meets all specifications so that you can trust that our systems will perform appropriately and safely. An improper or incomplete control system could lead to unexpected, and sometimes unsafe, results. It may just be an inconvenience like a power output limit, but such poor control can end up being extremely unsafe, resulting in improper torque control or acceleration, excess high-voltage current usage, excess regenerative braking causing battery overcharge, and more. 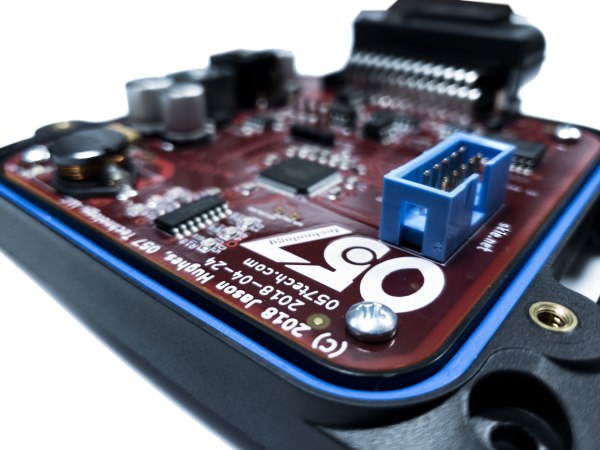 At 057 Technology, we have put in the time and research needed to ensure that Drive Unit packages from us will perform as well or better than they would have in their original vehicle. We have full control over all variants of the Tesla Drive Unit. We're also not limited by the Drive Unit's build date or software version in any way.

Additionally, full features are available, including cruise control capability. No safety or performance compromises have been made with our design. We've kept our products in development for a long time to be sure we were satisfied that everything functioned perfectly and safely. As a result, with our products, you get the full functionality you deserve from these amazing devices.

Our approach is unique, as we keep the original Tesla hardware completely intact with no physical modifications to it. This ensures that you get the full efficiency, power, and features that these units are capable of providing. With our control system you keep the full benefits of Tesla's own research and development efforts into getting world class performance and efficiency from the hardware. 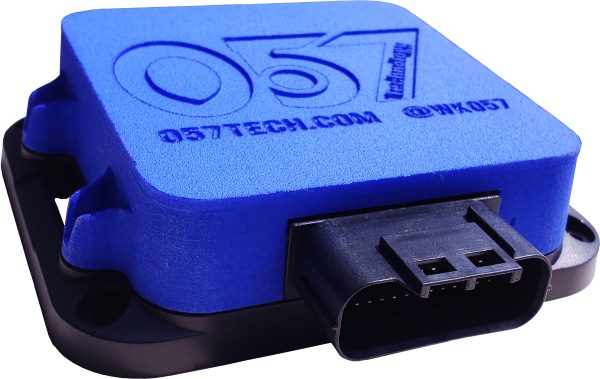 Q: What kind of builds have used the 057 Controller?
A: Quite a few builds are either in-progress or are completed. Some of the more public ones have been Don's Tesla sand truck and Jimmy Built's Teslonda.

More recently, Véhicules Électriques Simon André built a Honda S2000 with our SPORT PLUS Tesla drive unit package. Our founder also still have his 3000EV project in the works.

Q: I already have or want to get a Tesla drive unit elsewhere. Can I buy the 057 Controller to use with it?
A: In short, no. The 057 Controller is not sold separately. Purchasing a complete and fully tested drive unit package from us is the best solution every time.

The longer answer is that it simply isn't practical to do so. Gaining full control over the Tesla drive units requires custom programming, pairing, and physical calibrations to be done with our in-house equipment. None of this is possible to do without the drive unit physically in our shop.

Doing full proper control of the Tesla drive units has taken several years of development. While we have seen some others hack together methods for getting older units to spin, none have come close to what has been accomplished with the 057 Controller and full unrestricted control over ALL variants of the Tesla Model S and X drive units (Model 3 coming soon).

Q: Can I ship a drive unit to you to get it working with the 057 Controller?
A: Unfortunately, no. We have tried this approach in the past with several customers. This ended up being a huge headache and only went smoothly in one case out of many. In some cases we had to be the bearer of bad news when we inform the customer that their drive unit has a problem (bad bearing, bad differential, inverter damaged from inductive feedback when contactors are opened under load during a crash, etc). Since people have no real way to fully test these units before they send them to us, we're left in the uncomfortable position of being accused of either damaging the units or otherwise not doing our jobs when the customer-supplied units turn out to be faulty through no fault of ours. In the end, we've decided it's simply not worth the trouble to go through all of this additional effort simply to accommodate people purchasing Tesla drive units from other sources when the best situation for everyone is to just purchase a fully functional and tested package directly from us.

Q: Does the 057 Controller come with an interface/generic screen/touchscreen/etc?
A: Absolutely not... and here's why. After working with many serious EV conversion shops and individuals, absolutely no one wanted a "standard" interface... especially not one with gear controls on a touch screen. Pretty much everyone professionally doing conversions found generic interfaces to be useless and laughable in nearly every type of EV conversion or other application in which you would use a Tesla drive unit. To-date, we've not seen any generic controller interfaces used in any serious non-internal builds (ie, builds done by the company making the interface). So far no one has wanted a clunky generic interface in their build.

Every build we've worked with so far has opted to do an interface/readout specific to their build, such as using stock gauges. We already have quite a few fully complete builds with our control setups in the wild, and many more in various stages of development/buildout.

Our system can work perfectly fine without a random interface that doesn't fit with your build. With only a couple of push-button inputs for gear selection you can make the system work. It's a no-brainer. For more detailed data, the CAN interface can be used to get all sorts of information about the system. It can also accept commands, so the system can be used with just the accelerator and CAN interface if desired.

Summary: Don't get stuck with an awkward interface that doesn't go with your build.

Q: I'm not super tech savvy, but I really want a nice interface that works with the 057 controller. What can I do?
A: As noted, the controller is dead simple to use without a generic interface.

That said, we do have some customers who are working on interfaces compatible with the 057 Controller that should be available soon. This way, if you don't want to make your own you'll actually have multiple interface options available. We also have an in-house interface based on the Tesla instrument cluster in the works that we'll eventually provide for sale for readouts.

That said, there are some motor controllers out there that claim to incorporate these functions... unfortunately these are generally implemented in a wildly unsafe fashion and should be avoided. Bad practices, such as pre-charge based on a timer, can be extremely dangerous (as in, the potential for the motor and/or batteries being destoryed in catostrophic ways). A proper BMS with pre-charge, monitoring, and contactor control should be used for safety purposes.

Q: I want to use a Tesla drive unit on a boat!
A: No you don't. While the Tesla drive units are awesome for electric road vehicles, their design makes them less than ideal for marine applications. Specifically, they do not have the continuous power output specs required for such projects. See the drive unit spec pages for more details.

Q: How much range will I get?
A: Depends on a ton of factors. Many customers want to get high range from their builds, and expect range results similar to the Tesla Model S. However, your build, frankly, is not going to be a Tesla Model S. It's likely not going to have the same aerodynamics and other factors that help Tesla vehicles achieve such high range. While the motors are very efficient, they're only as effective as the overall build. If you're building a small/light EV with a small profile, you can expect more range per kWh. If you're planning on building an EV pickup truck or a semi, or even a tank (yes, we've had people ask...), don't expect to achieve anything close to Tesla's range numbers.

The short answer is that we have no way to tell, as every build will be different... so we don't quote any range numbers.

Q: Can I supercharge my converted vehicle?!
A: Short answer is no. The long answer is... still no. While the technical side of making supercharging work isn't ultra complex, it boils down to this: Tesla's supercharger network is privately owned, and Tesla is overly protective of their chargers. They won't even let fully repaired and recertified Tesla brand vehicles supercharge, let alone a third party build where they have no control over it whatsoever. (On the legal side of things, supercharging a non-Tesla vehicle without permission would be considered theft of service and punishable by law in most jurisdictions.) As much as Tesla claims to push for sustainable transport, many of their policies and practices are completely the opposite of that public statement. Don't expect to be able to supercharge non-Tesla vehicles any time soon.