Click here to view the latest production and usage graphs! 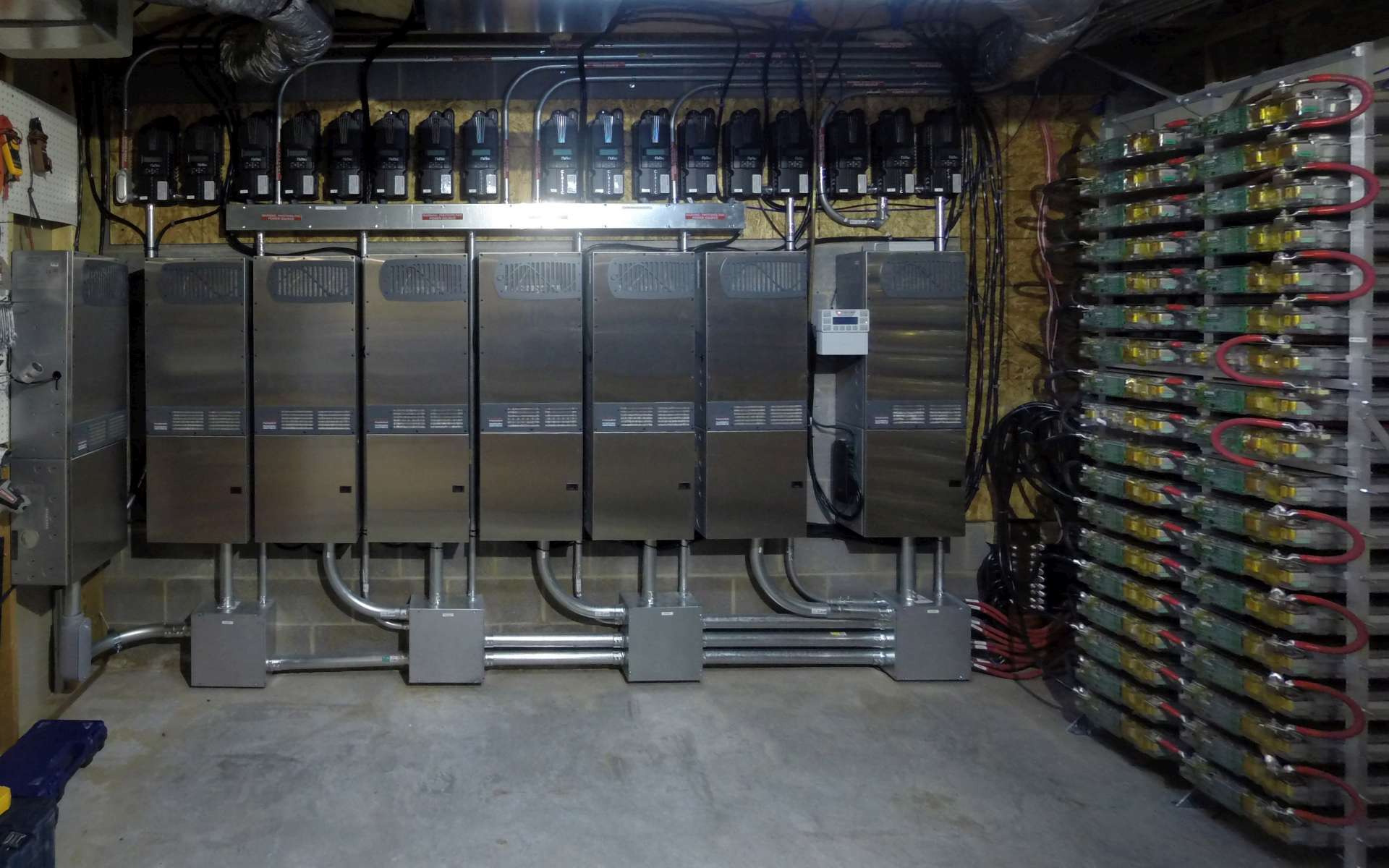 Back in 2014, nearly a year before Tesla had even announced their energy products (let alone actually started shipping them), 057 Technology founder, Jason Hughes, set out to build the best possible off-grid solar power system for his home. It was obvious to him that using batteries from the Tesla Model S was going to be the way to go. Their high energy density made them the perfect choice for a high power energy storage setup. He went on to create the first system of its kind built with recycled Tesla battery modules as well as one of the largest off-grid residential solar power setups in the USA.

His project has been featured in several publications, including:

After doing extensive research, he decided to purchase the very first Tesla battery pack offered on the secondhand market and became the first to dismantle and publicly document the internals of the Tesla Model S battery packs.

It took quite a bit of planning, but everything started coming together quickly. Power inverters from Outback Power (WA, USA) were used after discussions with their engineers led to some safe methods for using their products with the recycled battery modules. Later, components from Midnite Solar (WA, USA) were added for charging. Their products are highly configurable, and a charge profile that worked well with the recycled battery modules was able to be made.

The entire system took a bit over a year from planning to completion. Considering it was something that hadn't been done before with the particular hardware involved, and was a massive solar project for a residence in the first place, it ended up being finished in a reasonable time period. 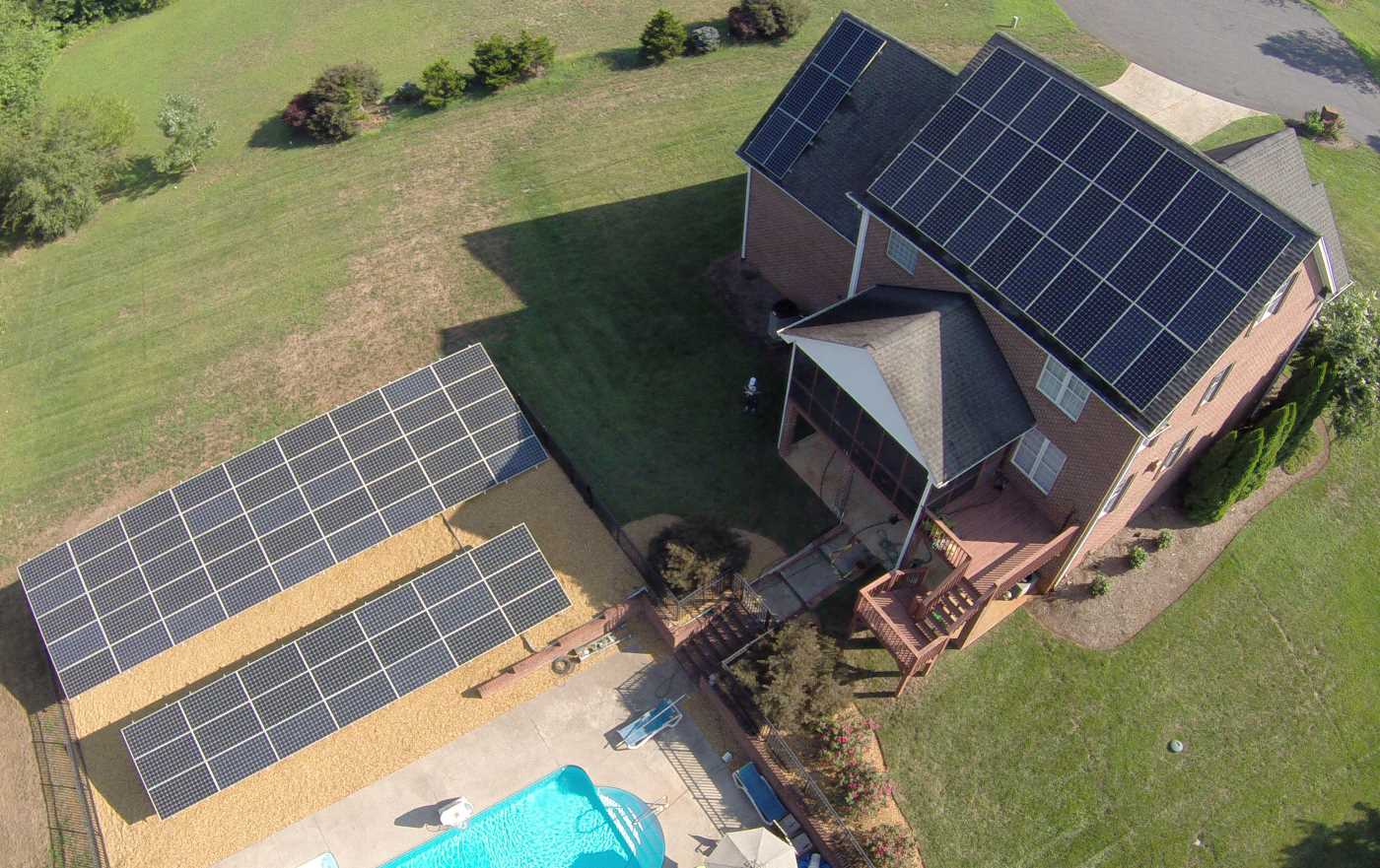 The vast majority of the install was done by Jason himself. In the end, he built a reliable and unique system that's one of the first of its kind. It's been in continuous operation since the summer of 2015. As of this writing, over 159 MWh of clean energy have been produced by the setup, with a good amount of that going towards thousands of miles of driving in Tesla electric vehicles.

Over the years Jason has helped others with building variations of his setup using recycled Tesla battery modules. Those projects ranged from small residential backup power systems to mid-sized high-availability power setups for commercial use.

We can help you get the components you need for your own setup and are happy to provide advice on how to get everything up and running the way you'd like it.

Check out some of the specifications and statistics of Jason's system, as well as answers to some commonly asked questions, below!

As always, please don't hesitate to contact us if you have any questions. 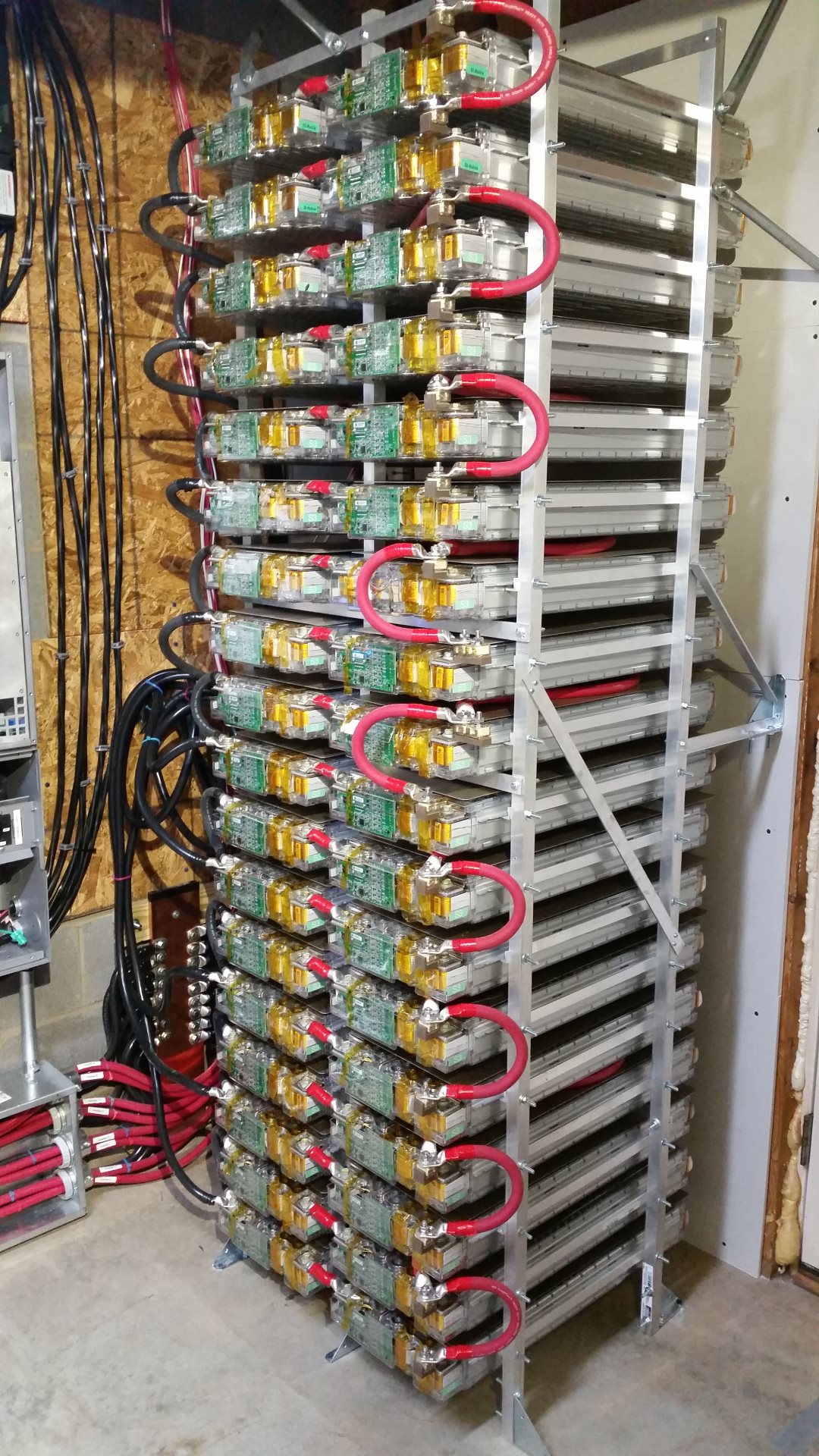